We simply must fix the monetization and distribution challenges that publishers face. This is a societal problem as well as an economic one; we need to support real news if we want to fight back fake news. The internet needs an ad tech renaissance, one based on creating real value for publishers and marketers, and I don't think it's going to come from Facebook or Alphabet. Google and Facebook as publishers are sopping up all of the digital advertising dollars, and that’s not good for anyone: civil society, the arts, politics, literature, and journalism.

Some people have pointed to the dominant share of advertising dollars going to social and search as a sign of the apocalypse for ad tech. I think it's just the opposite: it shows us just how big the opportunity is for publishers that can integrate ad technology and deliver world class outcomes for marketers without compromising user experience.

Last week, the IAB released their quarterly analysis of ad spend in the US. By triangulating between these figures and quarterly SEC filings, as Jason Kint (CEO of publisher advocacy group Digital Content Next) does below[1], he calculates that all the growth in digital is going to Google and Facebook.

updated duopoly #s. new IAB data came out yesterday. easy to run vs earnings for goog and fb, it's evident everyone else is zero sum game. pic.twitter.com/wolgdpfcxp

Over the weekend, Fred Wilson (one of the patient and prescient people who has been investing in NYC technology since the beginning) wrote up his 2017 predictions, and included this:

The ad:tech market will go the way of search, social, and mobile as investors and entrepreneurs concede that Google and Facebook have won and everyone else has lost. It will be nearly impossible to raise money for an online advertising business in 2017. However, there will be new players, like Snapchat, and existing ones, like Twitter, that succeed by offering advertisers a fundamentally different offering than Facebook and Google do.

While I do think Google and Facebook are dominant, we need to draw a distinction between three different business models:

The problem I see with the IAB numbers, and Jason's analysis of them, is that it blurs the line between each, especially in the case of Alphabet. If you look at the Alphabet 10-Q, they break out "Google Websites" from "Google Network Members' Websites". I'm not completely clear on how the gross vs net revenue works for the publisher tech business (DFP), but I'm guessing that it's a rounding error on the overall number, especially since that includes syndicated search. Whether or not you believe ad networks are "ad tech" or not, it's pretty obvious that Google isn't winning in ad tech. They're big, and powerful - even dominant - but that's not where they're growing. In fact, looking at the gross margin on the "Network Members" (down the 10-Q in the Traffic Acquisition Costs area), you see that it dropped 2 points year-on-year. I wouldn't be surprised if we're seeing programmatic cannibalize their ad network. This is actually a good sign for ad tech and for the digital advertising ecosystem, and I think Google has to make some hard choices about whether they even want to be an ad tech company in five years. If so, they're going to have to walk away from the 30% margin they're getting today and operate in the single digits, or get crushed by low-cost marketplace models that are focused on getting rid of intermediation and putting as much of the marketer's dollar to work as possible. 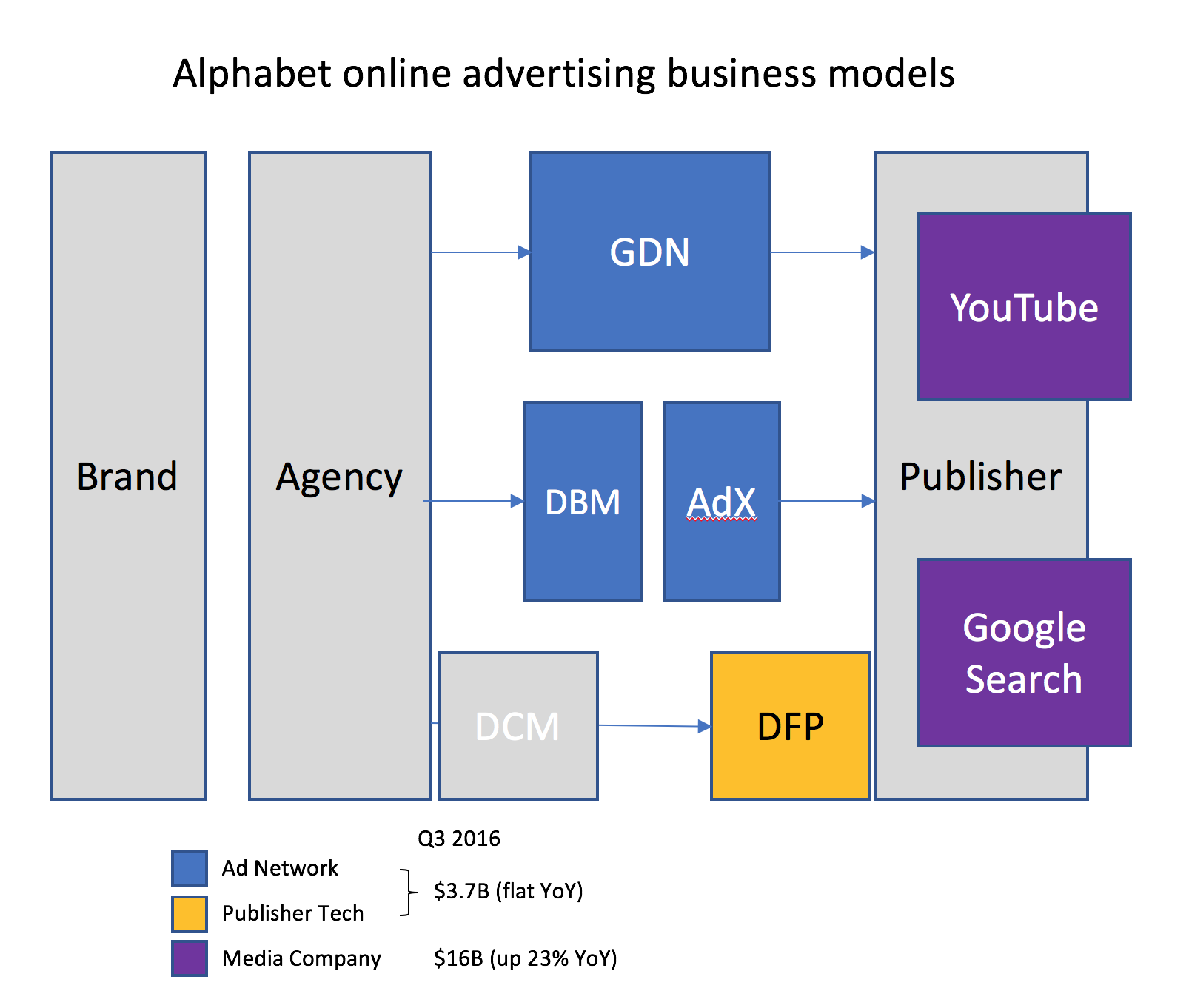 Given the data above, I think it's fair to say that Alphabet and Facebook as media companies are dominating the digital advertising space. However, if you look only at their ad technology assets, Google is flat year-on-year (with declining margins) and Facebook has effectively exited the ad tech space.

I believe we are on the verge of a renaissance in ad technology, and this current phase - a cull, if you will - is necessary for us to get from here to there. Let's be clear: this cull is not because Google and Facebook have won in ad:tech! Quite the contrary. It's because today, if you're a marketer and you want results, you usually get a better outcome buying inventory on Facebook than you do buying inventory on the open internet. However, we've seen Criteo demonstrate that through thoughtful inventory curation, the application of machine learning, and a focus on e-commerce, you can get outstanding results on the open internet. It's not easy, but it's possible.

The next cycle of ad technology will be based on a few key elements:

The best innovations happen when there is a huge pain point and the market leaders, due to the innovator's dilemma or other priorities or whatever, are unable to provide solutions. Right now, publishers (and marketers, though that's a topic for another post) are feeling the pain big time, and Google and Facebook aren't solving their problems.

Today, there are many companies - many of whom I am honored to have as clients and partners at AppNexus - who are making significant investments to build next-generation ad technologies that will help marketers achieve extraordinary outcomes, and help publishers - finally - get their fair share of online advertising dollars. The next couple of years aren't going to be glamorous for any of us in the ad tech space; we aren't going to be hailed (yet) as artificial intelligence gurus or build slides between floors in our offices. To me, that's healthy. This is the time when hungry, scrappy entrepreneurs (and increasingly, intrapreneurs) build the businesses that will define the next cycle of the internet.

In five years, when the next cycle of ad tech is in blossom, we will look back at this moment and wonder what we were thinking. Remember when 12% of all time spent on the internet was on Yahoo? That was 2007, just ten years ago. Today, it's hard to see past the dominance of Facebook and Google as publishers, or to see past the terrible condition of media companies on the open web. This is going to change, especially as the massive TV dollars shift into the digital landscape. The only question, to me, is how long it takes for the ad tech renaissance to arrive. 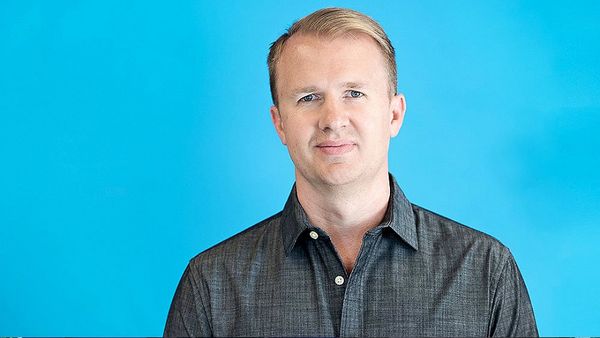